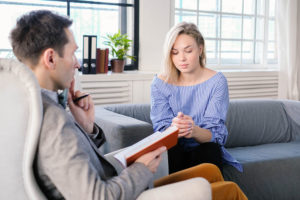 . Depression is often compared to a vast ocean. Mesmerizing in its depths and terrifying in the helplessness it breeds. A recent study by Johns Hopkins proposes a new antidote to the crushing disease. Psilocybin is a compound that is most often found in “magic mushrooms.” This new study released November 4th, 2020 in JAMA Psychiatry suggests that psilocybin is directly linked to reductions and full remissions in cases of depression. If true, this would be a major scientific advancement. To really crack this topic open, it’s time for a deep dive.

What We Know So Far:

Alan Davis, Ph.D., adjunct assistant professor of psychiatry and behavioral sciences at the Johns Hopkins University School of Medicine explained in the report that “the magnitude of the effect we saw was about four times larger than what clinical trials have shown for traditional antidepressants on the market. Most other depression treatments take weeks or months to work and may have undesirable effects. If these findings hold up in future ‘gold-standard’ placebo-controlled clinical trials,’” we could see a massive overhaul in the medical industry.

There is a lot of important information crammed into this brief quote. Key bits that we need to tear apart. Maybe the most important is the size of this trial. It had a small sample size which means that the results need to be taken with a hefty skepticism. This doesn’t mean that the information is worthless or not worth consideration. John Hopkins is an exceptionally reliable medical institution. When they put out a study with such bold findings, you can count on quality peer review. With that being said, we are stuck in a waiting game when it comes to further research, so from here on out what is discussed includes informed speculation.

One of the most exciting bits of information included within the studio is how quickly results are being observed. If psychiatrists continue to see positive responses to psilocybin four times faster than current depression treatments that would be incredible. As of right now, all pills administered to combat depression are prescribed with a hefty amount of guess work. It’s not because doctors are bad at their jobs, but because depression is a frustratingly complicated disease. What works for one person could instill suicidal thoughts into another person. To make matters worse, treatments do not have a consistent timescale of when a patient should see results. As stated by Doctor Davis, patients could be waiting anywhere from one week to several months. If psilocybin is able to respond faster and more consistently that would help patients/ doctors address secondary symptoms much sooner.

Most patients who are interested in Xanax or other antidepressants are often unaware of just how many side effects they are subjecting themselves to. Now, I want to be clear, I am not against antidepressants, they are life savers when administered correctly. However, antidepressants are often not administered correctly. Sometimes that is the fault of the doctor, sometimes it’s the fault of the patient. If psilocybin showcases less side effects that is great for everyone involved. It would mean that patients and doctors could focus on creating long-term mental changes rather than addressing new side effects at every appointment.

So often people tell those with depression that there is hope. That hope is on its way or that there is a light at the end of the tunnel. For most people who suffer from depression, that tunnel often seems to be a myth. A bad joke that those “normal” people tell to silence the “sad” people. A quote by Roland Griffiths, Ph.D. at the Neuropsychopharmacology of Consciousness at Johns Hopkins truly gave me hope:

“Because there are several types of major depressive disorders that may result in variation in how people respond to treatment, I was surprised that most of our study participants found the psilocybin treatment to be effective.”

Again, this was a small sample size, but if psilocybin has positive results across all depression disorders, we would be a step towards truly eradicating this terrible disease. That is exciting news that is worth pursuing. We will have further deep dives when new information or studies become available. In the meantime, check out our article on understand addiction